In 1975 the WA government held a women's conference to identify ways to support families in the newly established town of Kununurra. Sir Charles Court, the then Premier, established an action group of local women to identify what the State Government could do to meet the needs of the new town. The action group was made up of Betty Ewin (chair), Barbara Dickey, Lyn O'Brien, Margaret Molineaux, Joan Chapman, Ann Barter and others. The action group consulted the community and developed submissions to the Premier.
One of the submissions was for a community centre as a meeting place for women and young children.

Kununurra Neighbourhood House was established in 1979 when Betty Ewin, a local school teacher stated to provide Community Health Services in Kununurra. The Shire of Wyndham East Kimberley offered Reserve in Konkerberry Drive to develop and family centre. In April 1981, after securing funding, a purpose-built facility opened and was named the Ewin Community Centre After the founder. The Ewin Community Centre was designed to accommodate the needs of women in an isolated town where there were few facilities or support available.

Gordon and Betty Ewin in Kununurra
The original Ewin Community Centre building served as an important meeting space for women's groups, childcare and to accommodated families from stations and communities who had to come in for hospital stays and other health reasons. In 1982 Family Support funding was received from the State Government and for 12 years a family support program operated from the Ewin Community Centre alongside childcare services. In 1983 the site was expanded to better accommodate childcare. As the demand for childcare in Kununurra continued to grow there was less space to deliver family support programs and in 1990 the search for additional space began. 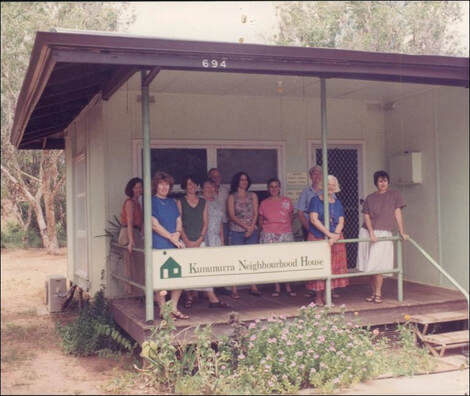 Leichhardt Street House
In July 1994 Kununurra Neighbourhood House moved out of the Ewin Community Centre into a three bedroom house provided by the State Government in Leichhardt Street, Kununurra, with volunteers helped to adapt the house into a community centre. In 2005 Life tenure of the building was given to Kununurra Neighbourhood House in recognition of the work undertaken by the volunteers.  As demand for community services grow the Leichhardt site became less and less workable and the search for a purpose built house began. 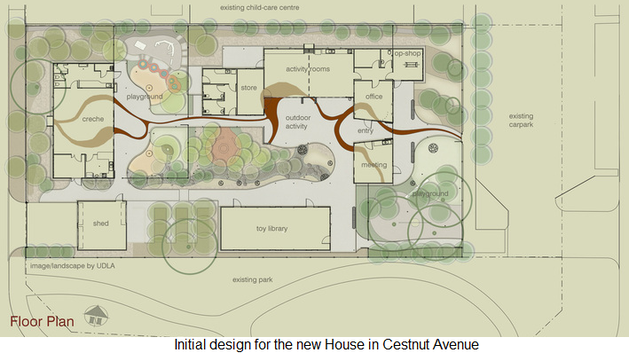 In 2009 the Shire of Wyndham East Kimberley was able to secure and set a side reserve land on Chestnut Avenue for the purposes of a community centre for KNH. Having secured a new home the committee and staff set about the task of developing plans for a new house to accommodate family support services and community development activities. Once a design was agreed the house started fundraising and seeking funding. A grant of just over $2 million dollars from Lotterywest, towards the construction of the new Neighbourhood House was announced by the Minister for Regional Development Alannah MacTiernans allowing construction to begin. 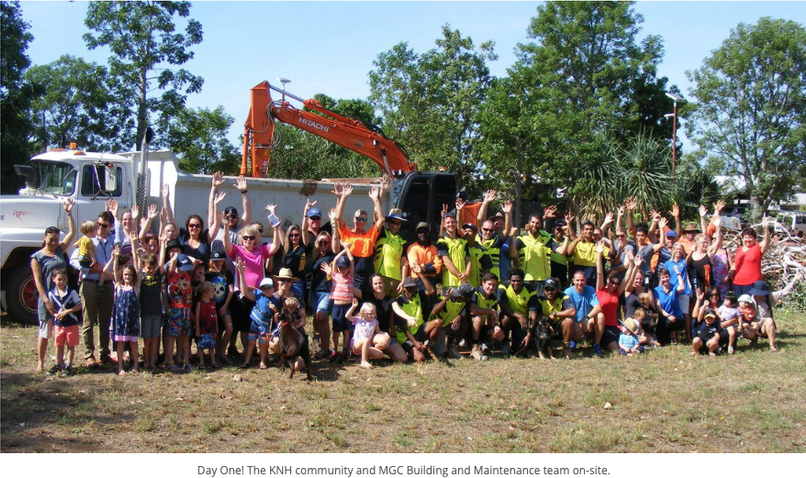 In 2019 construction began on the new purpose-built facility with local builder MGC Building and Maintenance awarded as head contractor. The Kununurra Neighbourhood House Building was officially opened by Cr David Menzel, President of the Shire of Wyndham East Kimberley and Agnes Armstrong, Miriwoong Elder and Vice-Chair of Mirima Council on the 12th September 2020.
​
Find out more about the new house visit our New House Project page. ​